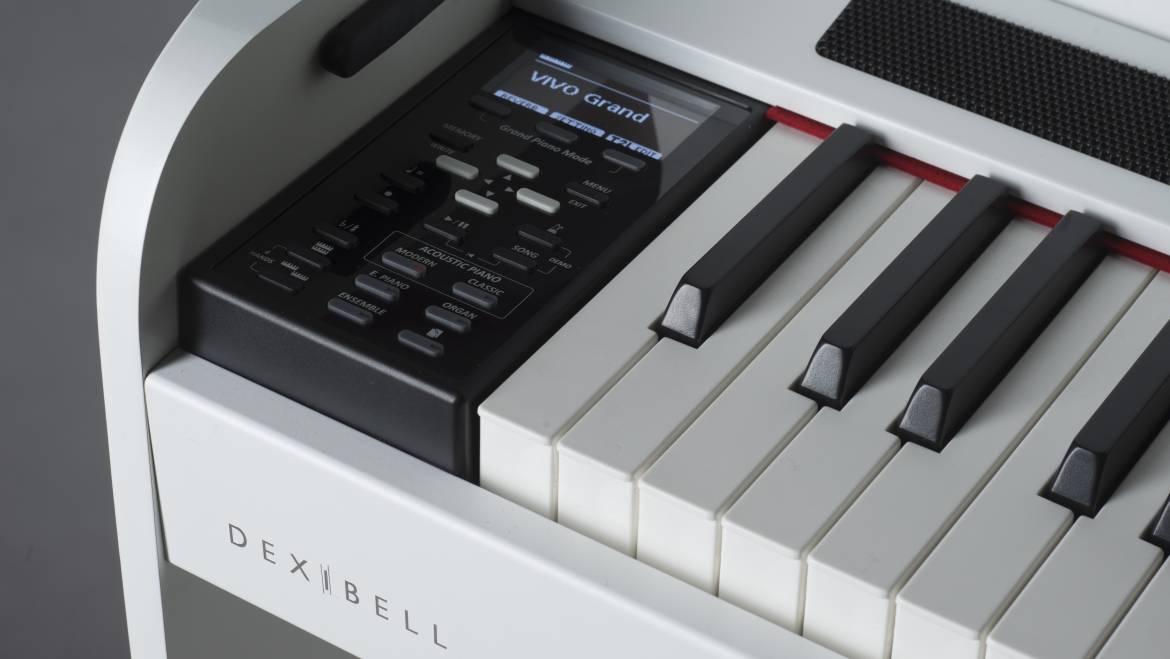 Chopin, Liszt, Debussy, Maurice Ravel and Igor Stravinsky have played and composed their best scores on this world famous French piano well-known for its sweet and collected, intimate and “velvety” tone.
The version reproduced by Dexibell in digital is that of an original instrument from 1850, the one in which Chopin himself realizes many of his masterpieces.
Only thanks to Dexibell’s T2L technology with 24-bit dynamic range you can appreciate all the nuances, from the “pianissimo” to the “fortissimo” of this sound in the splendour of the new Platinum version available.

The use of a large soundboard gives this particular upright piano an impressive power that makes it usable even for concerts. This model, built in the Czech Republic, is characterized by a warm, mellow and elegant sound with a well-defined attack and rich in harmonics. The particular sonority of the upright piano timbre is now also widely used in melodic pop music.
Only thanks to Dexibell’s T2L technology that uses both Sampling and Physical Modeling, you can appreciate the peculiar characteristics of this sound such as resonances by playing in staccato mode or the movement of harmonics throughout the evolution of the sound. The new Platinum version is available on the Sound Library.